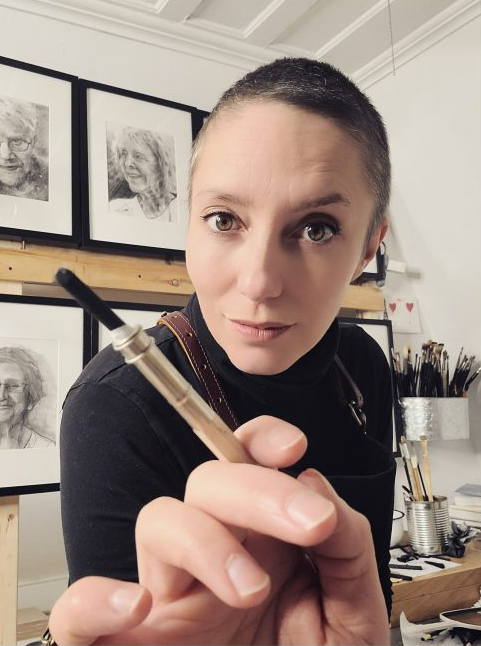 At the source of my work, there is a fascination with faces and their capacity to convey emotion.

I use oil painting to explore themes that dwell within me, with at the heart of the reflection, storytelling, human. My models offer me a story, they choose to reveal or conceal some parts of it.I then make my own interpretation.

There is a versatility in this medium that allows you to play on its translucency or, conversely, to bring consistency. The superimpositions of layers of paint are reminiscent of nuances found in the transparency of the skin but above all, they echo the different stratums of experiences that shape the human being.

The texture takes an integral part in the narration, a dialogue takes place that I approach in co-creation with the material.

In my paintings, concrete images of the memory expressed in detail with a gaze or a hand, are juxtaposed to the more abstract notion of the ephemeral represented by unfinished lines or more organic shapes. This results in a collage impression which seems to emerge from the medium and crystallize the imprint of memory.

This notion of temporality is underlyingly embedded in my practice. I evoke the paradox between the stealth of a memory and the indelible place it occupies in memory. I aspire to materialize the representation of a moment, aware that it can only be a arbitrary adaptation.
I suggest the intangible and the trace of memories.

Tania Hillion is a French artist based in Quebec (Canada) who uses oil painting as the predominant medium to address the notion of perceptual memory. Figurative portrait painter, she is self-taught.

Between the Poland where she spend her during childhood summer holidays and many immersive trips around the world, Tania is surrounded at a very young age by a cultural diversity of which she does not understand the languages. This language barrier will drastically affect the way she perceives the non-verbal. From an early age, she develops a fascination for the face and its multiple expressions.

Her work as a painter is greatly influenced by her most personal experiences: transcribing sensory memory echoes a visceral and intuitive approach that guides the artist on a daily basis. It is this universal dialogue that she aspires to materialize in her work.

Self-taught, she has been developing her approach and mastery of her technique on her own since 2019.

Inhabited by an omnipresent awareness of the fragility of our existence, Tania is interested in the paradox of time over memory. How the stealth of a moment marks such a permanent inprint in our memories.

Always attracted by artistic creation, she experiments with photography and couture modeling, from which she graduated in 2016 (school of the Chambre Syndicale de la Couture Parisienne). Whatever the medium, the human being caught live or staged is at the heart of her work. The shape, the body, the face and the emotions are the constants of her practice. 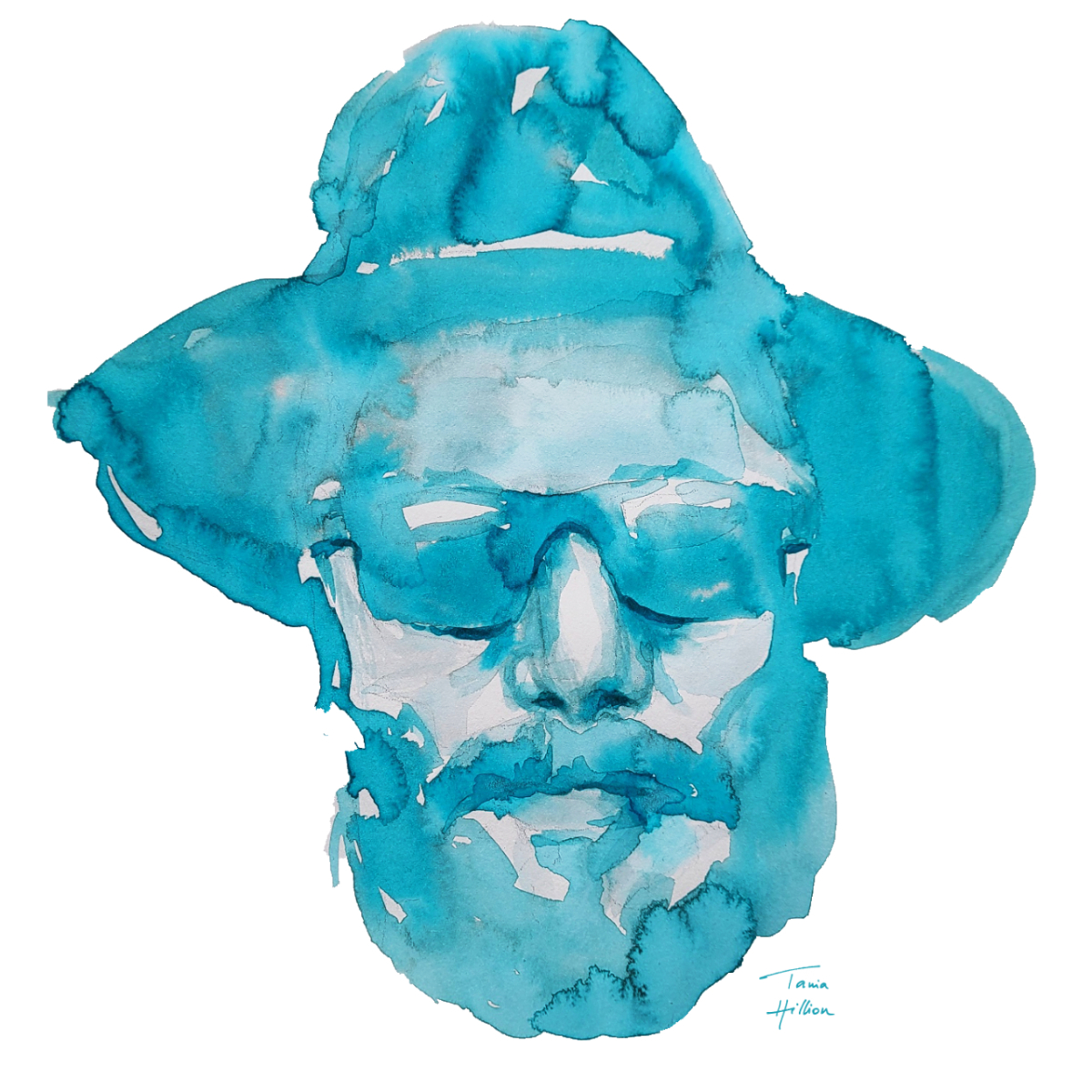